Founding member of the Portuguese Society of Relativity and Gravitation (SPRG)

For the European Research Council, the European Commission and for the main National Science Foundations in Europe and Asia and North America. Publications

I have published over 200 scientific papers in international journals, and several commissioned reviews. A complete list of my publications can be found here. 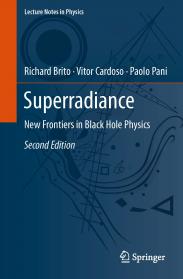 We recently published a new book on the physics of superradiance., the 2020 Edition. This volume gives a unified picture of the multifaceted subject of superradiance, with a focus on recent developments in the field, ranging from fundamental physics to astrophysics. The book covers all our current understanding on the physics of the amplification of waves by a medium, including classical effects such as the Cherenkov effect. The main body of the book deals with superradiance in black hole physics, with important applications in astrophysics and particle physics. Each chapter ends with a list of outstanding open problems and future directions. The second edition corrects a number of typos and, most importantly, adds and updates several sections, reflecting the intense activity in the field in the last years. Current bounds on ultralight fields are summarized in a Table, and will be updated online regularly. 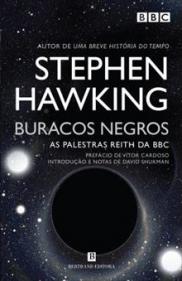 This is not my book, but I wrote the preface (in portuguese) for these Stephen Hawking BBC lectures, and it’s a cool text to read. The book covers important aspects of black hole physics, such as formation, their uniqueness properties and, naturally, Hawking evaporation.

Grav was with by Trilby Media. Adapted for